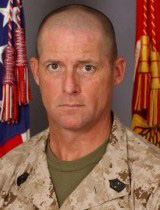 Sgt. Major Stephen Ahern started his military career as a Military Police Officer in the United States Army in 1985, then transitioned to the United States Marine Corps in 1989.  As expected, Steve has held a variety of billets while serving to reach the most Senior of Enlisted Ranks.